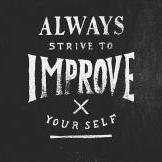 The Amazon a threat to our future

74 posts in this topic