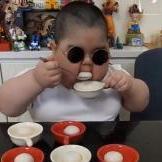 Leo Gura is creating a modern Religion - knowingly or unknowingly