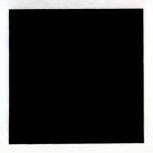 What would a Stage Yellow romantic relationship look like?