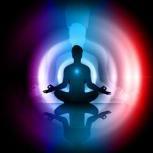 The case of George Floyd: Is something like that a common phenomenon in America?