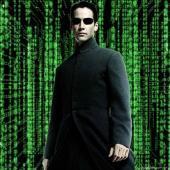 This week - I swallowed the Black pill ... I'm not sure if I can go back

Started by Striving for more, July 9