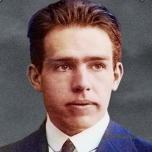 Trusting Messages from Psychedelics - They LIE