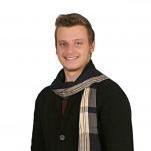 Why Talent Is Overrated in Spirituality (Shinzen Young Case Study)