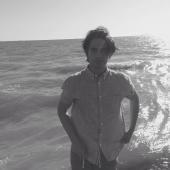 Hallucinations as a child