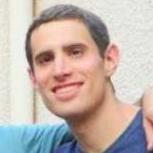 How can I become more multi-perspectival

59 posts in this topic