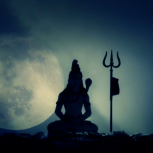 Eckhart Tolle on the Rubin Report