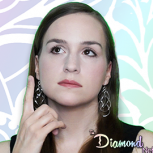 The Heart Centric Perspective on Veganism

Started by Emerald, May 1