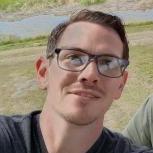 ?Stories by the Fire?-- a short story mega-thread

93 posts in this topic