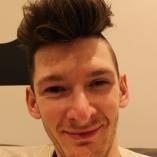 How was your first "mystical experience" ?