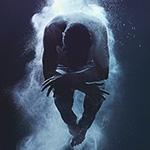 Having trouble understanding the fascination with "nothingness"