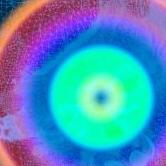 What do stage Green/Yellow/Turquoise businesses look like? Any Examples?