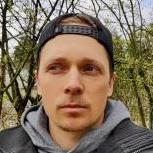 Interview with Frank Yang on the difference between Enlightenment and Psychedelics