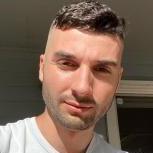 My Insights After 10 Awakenings: Awaken Now!