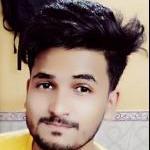 How to reduce anxiety?

Started by Someone here, March 2