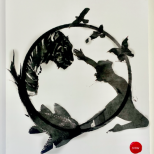 How To Deny Someone Without Hurting Their Self-Esteem

92 posts in this topic