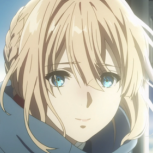 Problems and a Sense of Being Lost