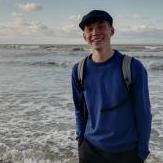 Ensō and the Koan Mu!