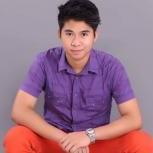 Human with Animal Characteristics is this possible?

Started by John Iverson, Saturday at 01:30 AM