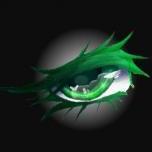 Most Anticipated Actualized.org Episodes of 2022