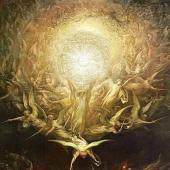 6g shroom trip. I felt like I was gone for a million years.

43 posts in this topic