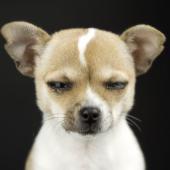 Self image of "being a good person"