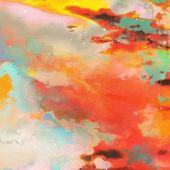 A Question About ACIM and why the world exists.

49 posts in this topic