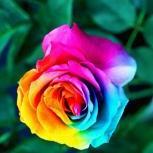 Anyone in B.C. feeling da heat?!!! Climate change much!