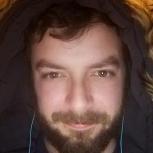 how to heal pedophiles/killers/rapist/violent people