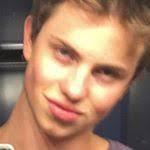 Why The Fascination With The Opposite Sex?

Started by Julian gabriel, May 22