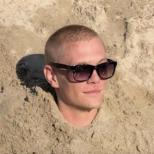 Started by Joshi3, May 9