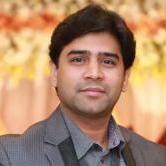 What if we misunderstood the Nothingness/Consciousness with GOD?