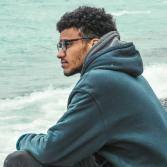 Is the current wave of internet censorship a good thing?