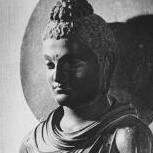 Why are spiritual teachers against psychedelics?