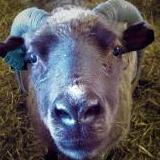 Wake Up Journal / 5:AM - Quitting Caffeine ⏰

99 posts in this topic