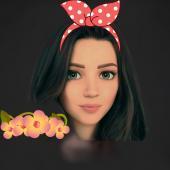 My name is Preety, not Pretty !!