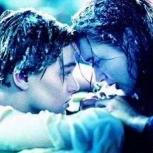 Seperation is not an illusion

69 posts in this topic