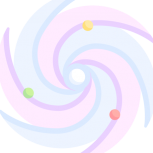 Too Much Of A Nice Guy.. Resources?