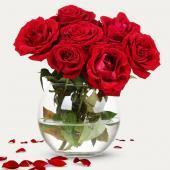 Going through the spiral