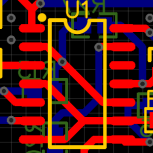 What in my life is not survival?