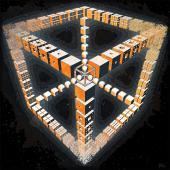 SOMETHING Happened At My Retreat Last Week. Now I Seek Advice.